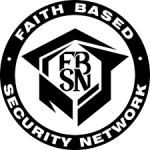 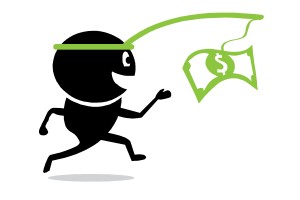 Today KING 5 reported that Pam Kohler, Colton Harris-Moore’s mother, has asked for production on a movie about his exploits to be stopped until she gets $300,000: http://www.king5.com/news/local/Colton-Harris-Moores-mom-reacts-to-plea-deal-Report-124439864.html.

Kohler says that she was promised $300,000 and is taking legal action to make sure she gets it. If there is a legally binding agreement that ensures she gets the money, she obviously has a right to do this. But it makes me sick, just sick, that she is still behaving so casually about her son’s crimes and can profit from them. She encouraged some of them, remember.

KING 5 gleaned this information from an interview in the Huffington Post, http://www.huffingtonpost.com/2011/06/22/barefoot-bandit-pam-kohler_n_882131.html?ir=Weird%20News/. Here are some revealing excerpts from the interview:

-“I often think about the stories [he will be able to] tell the grandkids,” Kohler laughed when discussing her son’s exploits.

-Despite all this, Harris-Moore’s mom does not think her son will spent much time behind bars. She said he plans to enroll in aviation school after his release. “I don’t think he’ll do even ten years,” she said. “He’ll only do four or five.”

I’ve heard Pam talk in the media and as I’ve said before, she sounds like a reasonably intelligent woman who could have done something notable with her life. But I’ve never heard her say, “I want my son to have a psychological evaluation,” or “will someone get my son help while he’s incarcerated?” or “crime victims, I’m so sorry.” There is no empathy to speak of.

Many people blame Harris-Moore’s childhood for his actions or feel terrible that he grew up in poverty and neglect. This (and an absent father with a criminal record of his own) is who is primarily responsible for his childhood environment. I’m not sure why Harris-Moore even has such a loyalty to his mother because of this, although, from a psychological perspective, I have some guesses.

What a messed up world we live in when someone who encouraged antisocial behavior and a crime spree can make money off of it. What a slap in the face to the victims. I said it in the beginning, but every cent of the profits from that movie should be donated to children’s programs and shelters.

Lastly, the Huffington Post article made me aware that Harris-Moore still has to answer for his crimes in Wyoming, not just other counties in Washington:

Harris-Moore must still face charges in Park County, Wyo., where he allegedly stole a pickup truck and broke into a roofing company in 2010. Prosecutors there declined to participate in the federal plea deal.

In addition, Harris-Moore still faces 32 charges in four Washington counties. He is expected to enter into an across-the-board plea bargain with Washington prosecutors sometime this summer. If he does not, he faces up to a decade behind bars for a first degree robbery charge, the most serious offense he still faces.

Anyway, no drug, not even alcohol, causes the fundamental ills of society. If we’re looking for the source of our troubles, we shouldn’t test people for drugs, we should test them for stupidity, ignorance, greed and love of power. -P.J. O’Rourke